A staple in a pitcher’s training program needs to be explosive rotational med-ball exercises.  I use a ton of different variations with my throwing athletes.  It’s a great way of bridging the gap from general strength built in the weight room to the very specific activity of throwing a 5 oz. baseball off of a hill.  With explosive med-ball work athletes can be put into different exercises where their lower body will mimic the positions they get into, without actually throwing a baseball.

Of equal importance to training rotational power, however, is training the ability to resist rotation.

Elite throwers are able to create separation between the upper and lower halves.  This allows them to create a lot of torque by being able to delay their torso and shoulders from rotating until after the hips have opened.  The longer you can delay this impulse, the more elastic energy you’ll store which will translate to greater velocity. 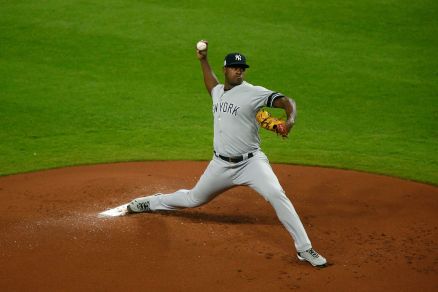 At foot strike Severino’s front foot and hip have externally rotated but his upper half is still closed off.

So What Role Does the Core Play?

Simply put, a pitcher needs to apply force into the ground as he travels down the mound, then transfer the force from foot strike through a stable core and up to the arm. The core is not a generator, it’s a storage device for all the forces applied above and below it.

A simple analogy I use with athletes is I ask them if they’d be able to throw harder on the ground or if they were floating above it.  Most don’t actually realize that you apply force into the ground.  It’s the core’s job to store that energy and transfer it up the kinetic chain to the arm.  A strong core is paramount to developing the skill of creating separation and subsequently rotating late. 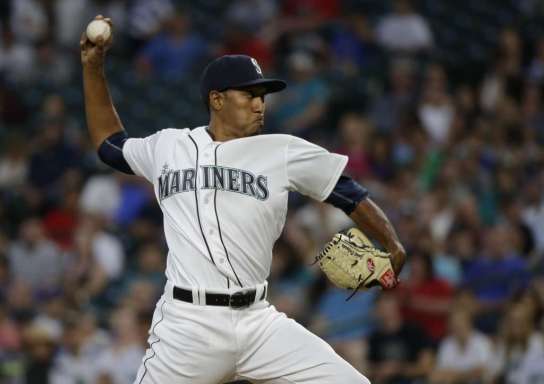 Edwin Diaz here.  His belt buckle is pretty much flush to the catcher at this point, but the logo on his jersey is still facing 3B.

6 of My Favourite Anti-Rotation Exercise Variations

Another variation on this one (after it’s been mastered) is to externally rotate the outside leg to make it a little more pitching specific by mimicking the foot strike position.

The key with these first two is to try and keep your belly button and belt buckle (if you were wearing one) square.  Again, we’re trying to resist rotation so the entire point is to only move through the shoulders.

Once these become easier you can add in an iso hold at extension on each rep.  I tell my athletes that you get out what you put into pallof presses.  If you just set up passively you won’t feel much.  You want to brace as if you’re going to get hammered with a sledgehammer in the gut and then go to work.

The 1-leg stance is a progression from the split stance.  These look very easy but the challenge is to only move through the arms to throw the ball rather than rotating.

The work you do in the weight room needs to help you out on the field.  Maximal strength work (deadlifts, squats, heavy unilateral variations, etc.) are all very important to building horsepower.  However, you can have all the horsepower in the world but if you can’t create any separation and torque as you come down the mound it won’t translate to much velocity.  These six exercises (or similar variations) should be a staple in a pitcher’s training program.