I’ve been lucky enough to know Erik since he was just a kid.  I first met him when I helped coach his Bantam AAA team when he was 13 during the summer of 2011 because I was home and recovering from shoulder surgery.  I’ve seen him grow up before my very eyes and was both his baseball coach and strength and conditioning coach until he left for college in 2016.  It was an incredibly proud day for me when he was selected by the San Diego Padres in the 14th round after putting up video game like numbers at Cloud County (7-2, 3.14 and 117 K’s in 66 IP). He also hit .355 with 11 HR and 58 RBI.

At AHP just a few hours after he was drafted.

1. Work While You Wait

Erik went to a JC in Texas his freshman year, and the season didn’t really go how he wanted to say the least.  He didn’t get off to a good start at the plate and then kind of got buried.  He only got 12 innings on the mound, although his numbers certainly warranted more time.  In those 12 innings he had a 2.25 E.RA, gave up just 6 hits, and struck out 16.

I talked to him quite frequently that spring and I know it was a very frustrating time for him.  At some point though he made the decision to get after it in the weight room more and  just focus on getting better.  Your baseball career is a marathon, not a sprint.  While not playing much certainly sucks – and sometimes it isn’t necessarily fair, you can always control your response to adversity and choose to work while you wait. Make sure when that next opportunity comes you’re ready for it.

2. Be Very Open to a Gap Year – and Prioritize Work in the Weight Room

Erik took an extra year after high school (he’s a late birthday) and I think it was extremely beneficial for him.  This was also the first year – and I think he would agree, that he really took the weight room seriously.  Growing up he was always a little bit soft around the edges and wasn’t in the best shape.  That gap year though he got after it in the weight room, really started to throw weight around, and took nutrition more seriously.  The following spring his velocity started to climb.  Maximum strength is the glass when it comes to athletic development.  If you’re a pitcher, the bigger the glass the more potential you have to convert that strength into functional power (velocity).

3. Pick A College Program Where They Prioritize Development And/Or You Have A Chance to Play Right Away

Lots of high school seniors fall into the trap of picking a school that may be more sexy than practical.  If you go to a top five junior college and never get a chance you’re not going to be getting any four year looks.  Even more importantly, pick a school that’s going to help you develop your skills.  College baseball is changing fast with many programs ditching or adapting old methods and adopting new ones to help their guys improve.  Make sure you go to a place where the coaching staff invests in their guys rather than treating each one like a number.

4. Be Enthusiastic and Positive.

If you know Erik he’s a fairly big personality.  This is meant as a compliment, not a slight.   99% of the time he’s in a good mood and will brighten up the room.  He’s been that way since he was thirteen (although it took him until about sixteen to know when to talk a little less) and he is still that way.  His pro career didn’t get off to the start he wanted, as he had to have Tommy John Surgery.  I’ve seen him twice since then and he’s been very upbeat and positive regardless.

Don’t let what you can’t do interfere with what you can do. Erik getting after it last week while he was in town.

5. When They’re Kids, Let them Be Kids

Erik can probably speak to this better than I can, but he I think loves baseball because he fell in love with it as a kid and it wasn’t forced on him by overbearing parents.  When kids are young just let them play the game and enjoy it.  Let them learn how to deal with failure, and let them learn how to win with class.  He was a solid player in his younger years, but was definitely not the standout player by any means.  I remember a little later on when he was in high school, I had to kind of explain to his parents how good he was and that college scholarships were going to be an option.  If you have children in sports, be like them.  The sport should not be a means to eventually get paid, and when they’re kids just let them be kids and enjoy it.  The time when it’ll be much more competitive will come if that’s what they end up wanting to do.

6. Develop as a Two Way Player As Long As You Can.

In his junior season in 2014, Erik didn’t pitch much for us at all.  He was probably sixth on the depth chart. Granted, we had a really deep staff that came just one win away from a National Championship.  He was, however, a huge part of that team as he was the starting first baseman and hit in the 5 hole.  He continued to work on both sides of his game and his sophomore season of college was the ace of the staff and hit in the 4-hole (which is pretty unheard of at that level).  Do both until someone tells you to stop, because back then I would have thought his future would be at 1B. 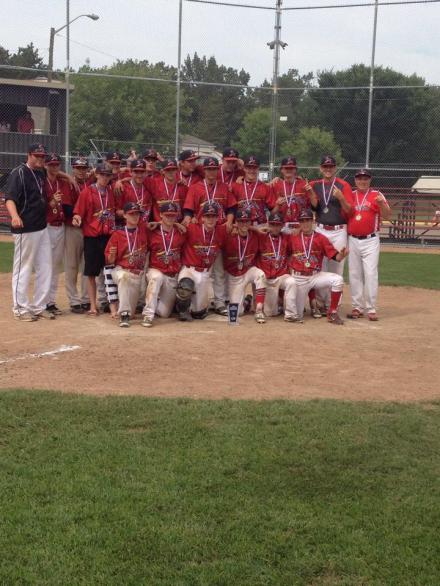 If you’re not the best player on your 15U team, your high school team; maybe your freshman year of college didn’t go how you expected; or you’re dealing with injury – just keep working.  “Success seems to be largely a matter of hanging on when all others have let go.”. Keep on working and pass people by.