Then this same kid would come back later that week or next and do the same thing, and get buried by 185 the same way. (Of course I’d try and explain all this to the countless kids who did this, and the odd one would listen but more often than not they wouldn’t)

The key to building strength is simple: 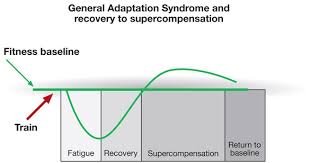 The problem with the above bench workout is two-fold:

*I’d like to elaborate that “testing” your strength is NOT limited to simply doing 1 rep maxes.  If you always grind out your last reps you’re essentially testing your strength.  (Let’s say your 1RM on bench is 225 and so you heed my advice and do 3×3 @ 205.  But if each of those sets is a grind and you probably didn’t have a 4th rep, you’re testing your strength and not building it).  A really good rule of thumb is to always leave a rep or two in the tank.  By doing this you’re not going to absolutely bury your CNS, allowing you to better recover and in turn increase your training frequency.

With that said, there are still times where doing AMRAP’s (as many reps as possible), or testing your 1RM or 3RM or 5RM is a great tool.  You just don’t want to do it too often.  Personally, I max out only every 3-5 months on the big lifts.

Anatoliy Bondarchuk, the legendary Russian strength coach, has stated that really good training should be like sex without climax; just foreplay.  You’re just constantly building. A ton of progress can be made by lifting in the 8-8.5 RPE (rating of perceived exertion) range.  Every set of every exercise, you could have done another rep or two.  After every training session you leave thinking you could have done a little bit more, or gone a little bit heavier.  This mentality towards training will allow you to make much better long-term progress because it allows you to recover faster, and decreases the risk of injury (both chronically and acutely). 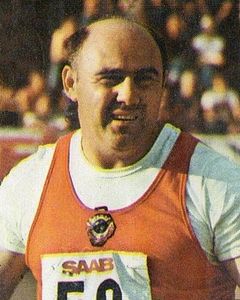 Bondarchuk, regarded as one of the greatest strength & hammer throw coaches of all time

In closing, don’t train like a teenager.  Be smarter than that.  Leave your ego at the door and put a little bit less weight on the bar.  Do this consistently over time and your numbers will fly up!